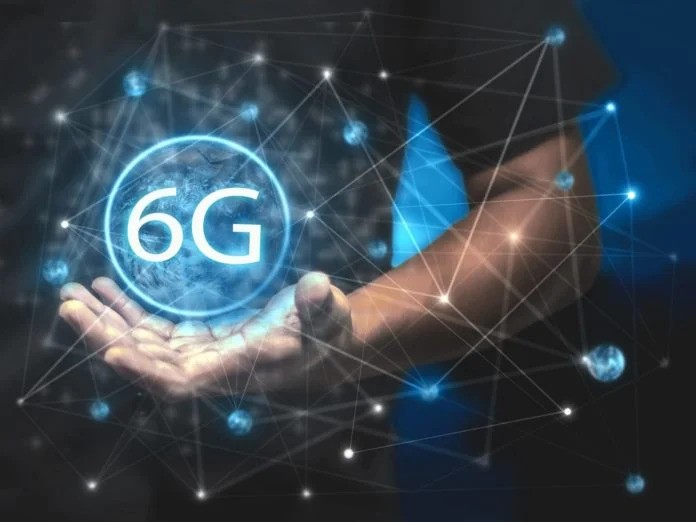 China is already working on the next generation of communication networks known as 6G that is expected to roll out commercially by the end of this decade.

Research conducted by Nikkei Asia and Tokyo-based research company Cyber Creative Institute shows that China topped the list with 40.3% of 6G patent filings, closely followed by the U.S. with 35.2%. Japan ranked third with 9.9%, followed by Europe with 8.9% and South Korea with 4.2%.

Around 20,000 patent applications for nine core 6G technologies were surveyed for this. This includes communications, quantum technology, base stations, and artificial intelligence. Countries with a greater number of patent filings are more likely to be ahead of the curve in terms of advanced technology and tend to have a greater influence over industry standards. 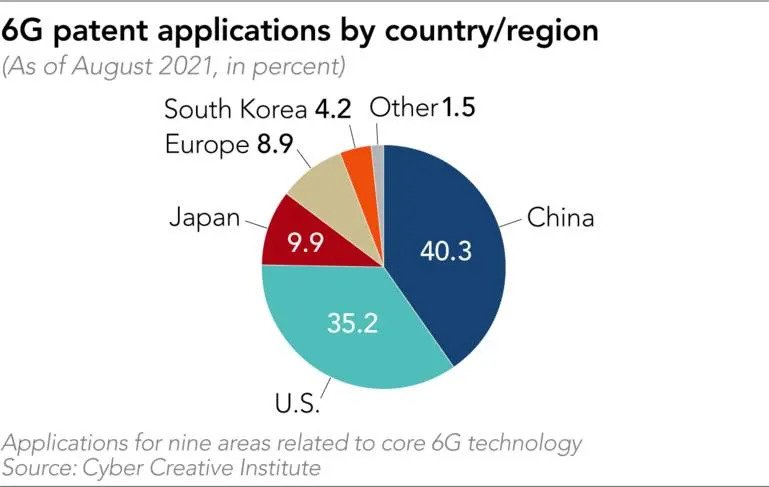 China’s 6G development had been expected to be slow due to sanctions imposed by the US government in 2019 on Huawei Technologies but, the Asian country has maintained its competitiveness by mobilizing state-run companies and universities.

6G patent applications by China are mostly related to mobile infrastructure technology. This makes sense considering aerial coverage such as satellites, combined with ground base stations for broader radio bands, will be needed in the 6G era.

A considerable amount of the patents (12%) have been filed by none other than Huawei which controlled 30% of the world’s base stations in 2020. Other prominent patent holders include state-run companies such as State Grid Corporation of China and China Aerospace Science and Technology.

6G is expected to be over 10 times faster than 5G and will be enabling fully autonomous driving, HD virtual reality, and worldwide internet, even in the most remote regions.

On the other end, the US has high technical prowess in software and terminals, thanks to it possessing many smartphone and internet companies. Qualcomm and Intel have acquired many patents for chips used in smartphones and other IT equipment.

Finally, Japan that ranks third in the number of patents, has Nippon Telegraph & Telephone. Nippon has filed many patents involving optical communications and mobile infrastructure networks in urban areas. This includes technologies for mitigating data congestion and delays.

The International Telecommunication Union and industry groups will likely begin discussing 6G standardization around 2024. China is expected to have a strong voice in the policy-making process thanks to the large number of patents owned by it. 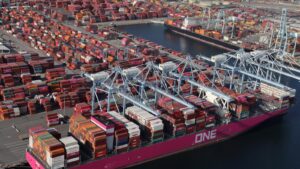 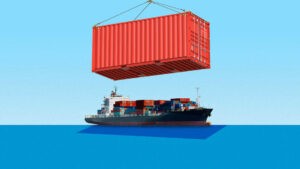 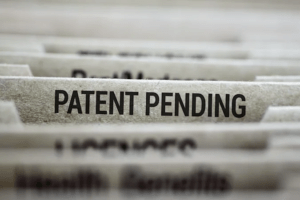